Steve, a Vietnam-era veteran, was born and raised in Tacoma, Washington, and served in the U.S. Navy from April 1969 through August 1989. As a graduate of Mount Tahoma High School, he attended Centralia Community College, received an associate’s degree in forestry management then on to the University of Washington for one year. As an active duty member of the Navy, he served in a variety of stations throughout the world, including Midway Island; Iceland; Winter Harbor, Maine; Guam; exchange duty with the Canadian services at Masset, B.C; instructor duty in Pensacola, Florida; Misawa, Japan; and Hawaii. Steve and his family, including his wife Pat, and three sons, moved back to the Tacoma area in 1989. Most current interests include: helping distribute food to those who need assistance for Nourish Pierce County and assisting at the Puget Sound Veterans Hope Center as needed. 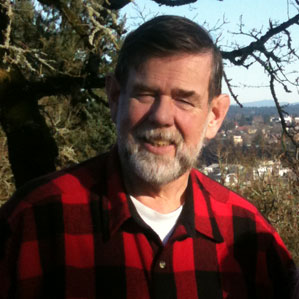