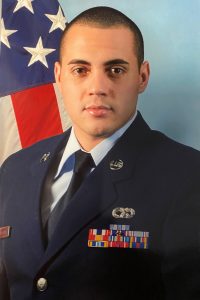 Born and raised in Cali, Colombia but later moved to Miami, FL in December 2006. He graduated from Doral Academy High school in Doral, FL in 2008 and enlisted in the U.S. Air Force in 2009 to present. David has served in three different state side bases and two overseas bases during his time in the Air Force. He graduated from The Community College of The Air Force with two Associates degrees one in Traffic Management and the other in Human resources and a Bachelors of Science Degree in Business Administration from Trident University International, California. He is married to Daniela, and they have two daughters. He has known Larry Geringer (President PSVHC) since 2010.